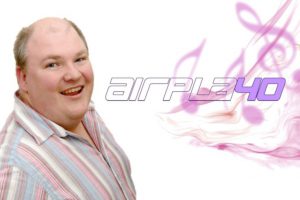 Airplay40 is the countdown of the biggest songs being played on subscriber stations across the globe. Broadcast on over 60 radio stations and to an audience of over 3.1 million listeners, it is the only chart that reflects what listeners are hearing on their local radio station. Also on radio stations in Spain, the Canary Islands, Italy, Cyprus, Greece, Malta, Oman, Dubai, Singapore, Sri Lanka, New Zealand and Aruba, but for the Netherlands exclusively on Radio 4 Brainport.