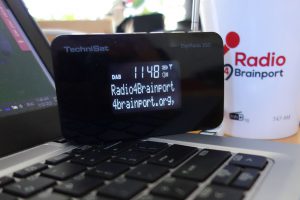 In a joint project with Studio040 and GLOW-FM, Radio4Brainport is now also on DAB+. Channel 7B

TU/e rector about the university lock-down 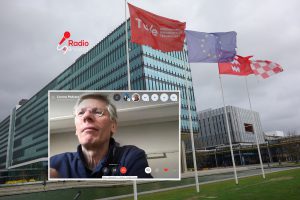 TU/e announced rigorous measures, physically locking down the university, and trying to rapidly convert to all digital education. Radio 4 Brainport interviewed the rector, Prof. Frank Baaijens with reactions from Limi Kalapurackal, Andy Baroja, Anton Alexeev, studying and researching at the university. Further thanks to Chaitali Senguta of EindhovenNews.com for bringing in Corona reactions from the internationals. 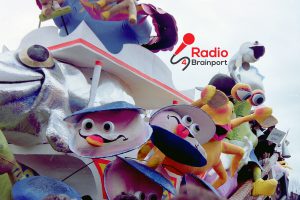 Internationals coming to Eindhoven often are taken by surprise during Carnaval in the soutern part of the Netherlands. The city suddenly is so different from being a hotspot in technology and innovation. At Radio 4 Brainport, we invited Limi (from Austria) and Peter (from the deep south of the country) to dive into the background of Carnaval. 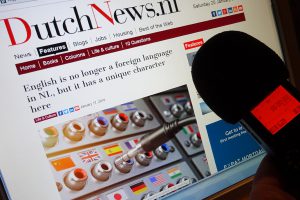 Today Dutchnews.nl and Radio 4 Brainport expanded their cooperation with the introduction of hourly headline news bulletins, which can be heard at about 30 minutes past the hour. This is the first in a number of enhancements Radio 4 Brainport has planned to provide its listeners with even better coverage of international, national and local news items. A more elaborate weather report is part of the effort as well. 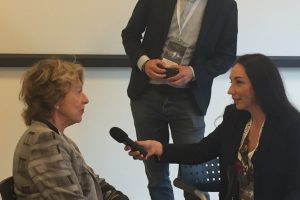 Female Tech Heroes is a great initiative by HighTechXL and High Tech Campus Eindhoven. We are pleased to share the podcast series made by our reporter Erika Van der Merwe.

Independent Music in the Late Evening 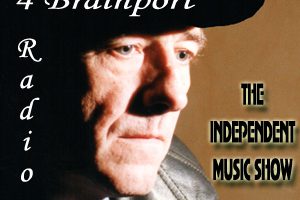 Four times a week you can listen to a full hour of music from independent artists at 11 pm. Our host is Tom Lambert from Ireland. or more independent music visit The Independent Music Show website’. 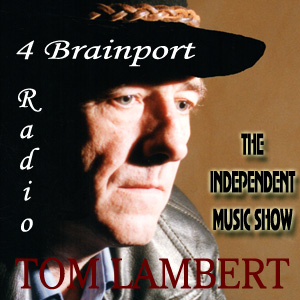 Brainport traffic during your commute 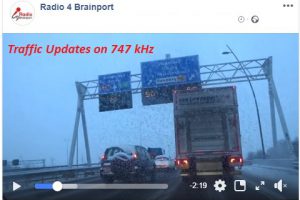 Commuting in Brainport and caught in traffic? We update you on the real-time travel times and delays in and around Eindhoven. Twice every hour, a full update.

We are planning to expand our information services, but as a volunteer station, we love to get in touch with you if you like to help us in getting it up and running. 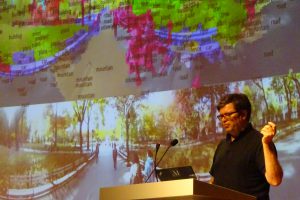 Yann LeCun delivers Holst Memorial Lecture, says open innovation is route to faster scientific progress
Yann LeCun, head of Facebook’s Artificial Intelligence Research Group (FAIR), and considered one of the doyens of AI, delivered this year’s Holst Lecture, as the recipient of the 2018 Holst Medal. The annual award is hosted by Philips, Signify and TU/e, and is in honour of the significant contribution to research made by Dr Gilles Holst, director of Philips’ NatLab from 1914 to 1946.

Erika van der Merwe and Jean-Paul Linnartz covered the event for Radio 4 Brainport
On InnovationOrigins.com, Erika wrote about this event, the following, but you can listen to our podcast on

LeCun, who in 2013 was asked by Mark Zuckerberg to drive Facebook’s AI research programme, is a strong proponent of open innovation and multi-disciplinary research, much in the spirit of the approach taken by Dr Holst. He is known for his work in machine learning, computer vision, mobile robotics, and computational neuroscience., and developed handwriting recognition technology used by many banks worldwide, and for his image compression technology, DjVu, used extensively to access scanned documents online. His convolutional neural network model is used in image recognition by companies such as Facebook, Google, Microsoft and Baidu.

Having flown in overnight from his New York base, and dressed in the casual elegance more reminiscent of his Silicon-valley employer than of his engineering and academic profession, LeCun addressed students, academics and industry-based researchers in the TU/e Auditorium in Eindhoven. Along with an overview of the history of AI, he outlined some of the research questions that FAIR is addressing today, as well as some of the features that AI simply cannot provide yet, given the current state of science. What we are still missing are machines with common sense, intelligent personal assistants, smart chatbots and household robots.

The reason why this is not yet possible, he says, is that machines do not yet have the ability to reason, nor can they react by planning suitable action. “For that, machines need a model of the world”.

The FAIR team, which has around 200 members worldwide, publishes all of its work, in the form of papers and source code, in the public domain. LeCun says this is in the interest of speeding up scientific innovation in AI. “The reason why we do this, is that we get people to use our tools, and we get people to improve on our method, so that it becomes much easier for us to move faster, essentially. We need to make progress faster”.

Wijnand IJsselstijn, a professor at the TU/e and chair of the 2018 Holst Memorial Committee, described the selection process to Radio4Bainport: “The award is a great honour bestowed upon scientists who do relevant work in the areas of technology, that are relevant to Philips, Signify and TU/e. We make a shortlist of scientists based on the relevance of the research generated and on the impact on people, in the environment that is relevant to the topic. This year the topic was AI and data science”.

IJsselstijn says some of the distinguishing aspects of LeCun’s work include his multi-disciplinarity. “This to me is a big appeal of his work. Also there is great practical significance to his work: Much of what he does is immediately applied to machine learning and image recognition, and to compression algorithms. He has an amazing track record in this area. All of that together makes him a very good candidate for the Holst Medal.”

LeCun, who maintains strong ties with academia through his professorship at New York University, has several ambitions for scientific developments in AI, including discovering whether self-supervised learning – which he believes will be the future of AI – can lead to common sense. As he put it, “a robot has less common sense than a house cat”.

One of his ambitions for the scientific future of AI is to develop a theory that could explain the underlying mechanisms of intelligence, whether human or machine intelligence. Describing this as equivalent to developing the theory of thermodynamics after the steam engine was built, he says that, “in the history of science and technology, it is very much the case that the artefact was created before the science was created to explain how it works. In fact, the science was motivated by the fact that the artefact already existed. Now, what is the equivalence of thermodynamics for intelligence? That is the question that I am after”.

Solar Team in action at Zolder 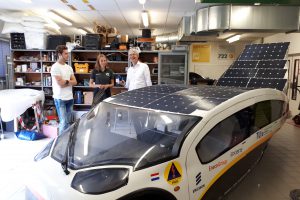 Eindhoven’s very own Stella Vie won the 2017 World Solar Challange Cruiser Class Division in Australia. This year a completely new team of students will take up the challenge in the international battle of sun-powered cars. Will they live up to the high expectations? With the new rules, it is not only about speed, .. it is also about comfort and usability as a family car. The team is brainstorming and exploring innovative ideas on how best to address these aspects, to win again in 2018. But the competition will be tougher. 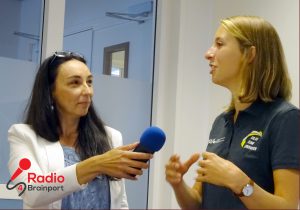 You can see Stella Vie and the brand new Eindhoven Solar Team in action at the world’s only 24-hour endurance race for solar-powered vehicles. Stella Vie will be racing at the former Formula 1 track at Zolder in Belgium.

But it is not only about racing. Solar Team Eindhoven showed the world that it is possible to create an energy efficient family car. Our next step is to make solar cars sexy and user friendly, and that will be important to win the Solar Challenge 2018.

Radio 4 Brainport reporter Erika van der Merwe visited the team at the TU/e campus and heard why Sella Vie is a strong contender for more racing successes.
Listen to the interview with Marije Sesink and Martijn Ruijzendaal on http://Radio4Brainport.org, 747 kHz AM in Eindhoven or via the podcast at https://www.patreon.com/posts/24-hours-of-at-21486915 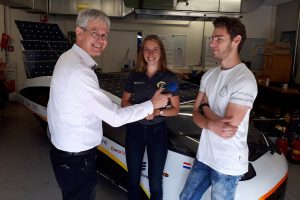 We are looking for volunteers 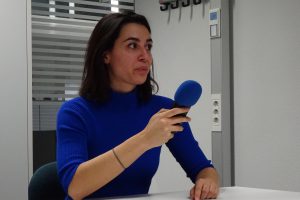 Radio 4 Brainport, the Expat Station, is looking for volunteers. Would you enjoy making radio interviews about living as an expat in Eindhoven? Would you like to read a local news bulletin once a week? We have wide variety of topics and radio items, and we like to get some more help from internationals or locals.